Are You Ready to Join the Cloud Computing Revolution?

Ready or not, cloud computer has already infiltrated our lives. You are already in the clouds. If you ever bought anything online, you are in the cloud. Amazon, being one of the leader of the cloud industry started out as a book store. They sold books. Then they evolved into an online marketplace right about the time when other e-commerce sites were starting to fail one by one in early 2000. Amazon thrived in e-commerce and now they have evolved into one of the largest provider of cloud computing services.

Take your emails for example. Surely everyone has a web-based email address. Your emails are not being processed by a computer in somebody’s garage. It’s in the cloud. As of February 2016, there are a billion Gmail accounts signed up. A single computer is not capable of handling that kind of traffic. It would take a network of servers to work together to achieve this feat.

The most obvious usage of the cloud right now is of course, cloud storage. Services like Google Drive, Onedrive, Dropbox and Mega just to name a few are such services you might already use to store your files. Why did you do it? Is it because you are aware that it is secure and reliable? Even more secure than your own devices?

Know this: your phones or laptop could get stolen but your data in the clouds would still be there waiting for you. Your phones and laptop could get hacked into but your data in the clouds are far more secured for hackers to get into. The data is available from anywhere you are. These services are free for a limited amount of storage although you might have even paid for more storage space.

For easier comparison, think about this: How much is the cheapest 1 terabyte hard disc you could buy? Go ahead and include Christmas sales or discounts. Got a number? Right, so how many terabytes of space could you get from a cloud provider with that same price you just paid for that hard disc? The hard disc could break down; data would get corrupted, missing or worse, STOLEN.

I’m sure you’ve burned a few compacted discs before to take data somewhere. Notice that we don’t do that anymore? Then we evolved and started copying files to a USB drive and carry it around. Now the game has changed again. We hop over to our friend’s house with nothing. No CD, no USB drive, no external drive. We go there, login to the cloud and retrieve whatever we need.

People in the digital freelance world use the cloud religiously. Everything is out there in the cloud. A writer or photographer, for example, would always keep their craft in the cloud. A failed hard disc or broken computer would be a devastating blow to their business. I have a friend who was once a part-time freelance wedding photographer back in the early 2000s. His house got broken into one day and they stole all his laptops and cameras along with pictures of his client’s wedding on the hard drive. It was devastating both to the clients and my friend. Their wedding pictures were gone and now out in the open for all to see. That basically ended his freelance photography career.

In our daily computing chores, we would be in the cloud quite regularly. Media services and even desktop applications have moved to the cloud. YouTube is a fine example of how you’ve been on a cloud all along. It currently has 1.3 billion users. 300 hours worth of video footage is being uploaded every minute! One could definitely generate an income with YouTube videos. They would pay you if you let them stick an ad to your video. According to Business Insider in 2014, a video creator would make about $ 2,000 per million views. In 2015, PewDiePie made $12 million dollars! With 11 billion video views, he is estimated to have made $124 million dollars (before tax) since 2010. I’m throwing all these numbers out just for scale.

A single computer server is incapable of handling 300 hours worth of footage every minute. Try copying a movie file from your hard disc to another folder on the same hard disc and you will know what I mean. Remember; besides uploading those files, it also has to stream these videos to 1.3 billion viewers from across the globe. This could only have been achieved with cloud technology.

We used to buy applications and install them in our computers. Do you remember the last time you actually bought a CD for that purpose? Today, we just download them from Google Play Store or Windows App Store. Sometimes you don’t even have to have a copy installed on your machine! You just run the program, like Microsoft Word on the cloud. Instead of buying Microsoft Office and installing it to your computer, you use the web version for free. Your word processing, presentations, designs is now outsourced to another computer, leaving your computer relatively light. Isn’t that ironic? Manufacturers are making bigger and bigger hard disc yet we now need less and less of it. Pirates used to download movies via torrent sites (also cloud) but now they just stream movies online. When was the last time you’ve heard anybody complained their hard disc was running out?

Cloud computing is set to go even further in the future. Just take a look at big corporations that have already switched from in-house IT to cloud services. Do they know something we don’t? Same thing happened with electricity in the industrial age. Back then, factories had to generate their own electricity to run their machines. They had no choice because super generators were not invented yet. Once power companies were able to supply this demand for power, factories merely pay a monthly bill to power companies; they don’t fret about having an entire department to generate power. They save cost in money, time and space.

Cloud computing brings companies massive savings. Instead of buying and upgrading and securing your infrastructure (which cost a lot if you really look into it) they just pay as they use. Just like electricity. We are not building an in-house power generator for our homes are we now? We pay the electric company for just what we use. The less we use, the less we pay. Flip a switch and voila, electricity. It’s the same concept with the cloud.

In this era of information, we either stay ahead or get left behind. Camera companies that did not switch from film to digital are extinct. Video rental giants like Blockbuster LLC are now extinct as new companies like Netflix and iflix start to lead the industry. Cloud computing is not a new fad that will be dismissed anytime soon. It is the way how things are going to work from now on and let’s not miss the bus. 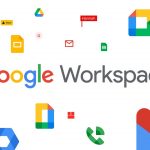 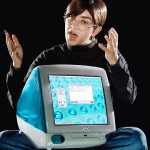 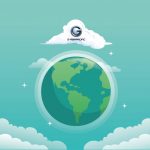 Previous PostCloud Security Event at Aloft Hotel
Next PostAre Your Infrastructures Moving to the Cloud? 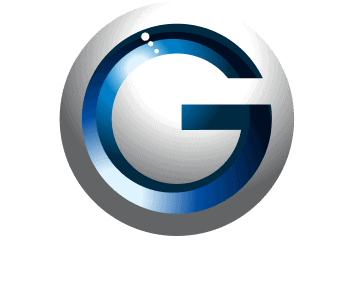